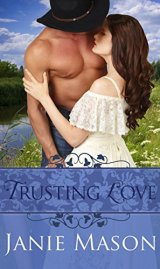 Philadelphia socialite Elizabeth Hargrove may be impetuous, pampered, and naive about the world, but she’s desperate to escape her controlling parents and the marriage they’re pushing her into. So when a plea for help arrives from a friend in Texas, Elizabeth and her best friend decide to run away. It turns out the perfect man to get her where she’s going is the same one who rescued her after one of those impetuous moments.

When Buck Jackson saves a feisty woman from drowning, he loses more than his money in the process. If he doesn’t get back to his ranch soon, he could lose his land. He has no choice but to accept the job of escorting the spoiled socialite and her friend to Texas.

It isn’t hard for Buck to start falling for Elizabeth, even though a fine lady like her isn’t for a rough man like him. When Buck is in danger of losing everything, Elizabeth is willing to do whatever it takes to help, even if it means sacrificing her independence. But for the cowboy and the socialite, their sacrifices may not be enough. Sometimes it’s matter of trusting in love… 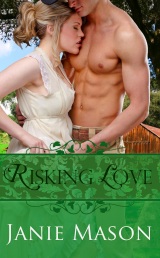 Reclusive widow Lucy Neels barely survived her late husband’s brutality. All she wants is to be left in peace to manage her small farm in southern Ohio in the days before the Civil War. But when her only friend, a conductor on the secretive Underground Railroad, begs for her help, she can no longer stay uninvolved.

Lorenzo “Renzo” Ross, second son of a Philadelphia shipping magnate, has floundered all his adult life. He’s had it with secrets and deceptions. After tracking the fiancée who has jilted him to Rush Crossing, Ohio, he finds himself deputized. When he meets Lucy, his protective instincts, and his desire, are ignited by the independent widow. But Renzo has a dark secret of his own.

Harboring fugitive slaves is dangerous and illegal. The last thing Lucy needs is the attention of the mysterious new deputy sheriff. In spite of the risk, Lucy finds herself drawn to Renzo, whose kindness chips away at the walls she’s built around her heart. As their attraction grows, unscrupulous slave catchers draw closer to discovering their prey. Out of options, Lucy and Renzo must decide who they can trust, and that sometimes a lie can save a life. 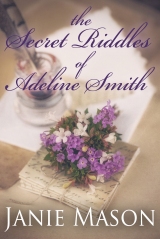 Adeline Smith is only trying to be helpful by sending Bram Jacobs anonymous letters.
Bram will tolerate his former sweetheart’s irritating behavior if it means he can see Adeline on a regular basis.
But it takes the mysterious riddles to help both of them realize that a second chance at love is the perfect solution.

Auto mechanic Heidi Callihan is tired of her boss treating her like one of his younger sisters. After seven years working for Rafe, what began as hero worship has grown into love—not that he’d notice. When an attractive young widow throws herself at him, Heidi’s had enough. It’s time to put herself in the driver’s seat.

Rafe only recently came to think of Heidi as more than his “Little Buddy,” but he’s determined to mask his growing attraction to her. At nine years her senior, he’s certain they’re not right for each other. He was forced to become the head of his family at a young age, and he’s determined not to let her miss out on all the fun of being a young adult.

But Heidi’s about to teach him the definition of determination—and she’s armed with a set of handcuffs. One turbo-charged night later, Rafe is left with a decision: Lose her friendship…or lose her love.

Here’s what Laura J., a reviewer from The Good, The Bad and The Unread, had to say: “Once I started reading this story, I couldn’t seem to put it down. Ms Mason had me hooked from the beginning…While I was a little sad this story was over, Ms Mason did a great job keeping the story flowing…I’m looking forward to reading more from her.”

Shannon, a reviewer from The Romance Studio, said: “Janie Mason has created a quick and entertaining story that tugs at the heartstrings…The cat and mouse game between Heidi and Rafe is a humorous treat yet with poignant touches. The night of seduction is tastefully written but still delivers red-hot heart pounding pages of scorching heat for the reader…The result is a winning novel. I look forward to reading more from this author in the future. 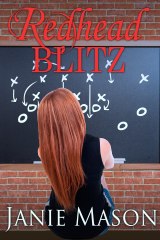 Gigi Thompson is tired of being window dressing. So when she is hired as the assistant to the Newtown High School athletic director, the challenge of making order from the chaos of his office is a welcome challenge. A recent sexual scandal in the school has made inter-office dating taboo, but that’s okay with her. She’s learned the hard way that dating co-workers leads to trouble.

Sean Fitzgerald is a high school history teacher and the new head football coach for the Newtown Lions. The school’s athletic director is as warm and fuzzy as a block of ice, and the team’s starting quarterback is on the verge of failing two classes. So, if teaching, coaching and tutoring a player aren’t enough to keep him busy, the sexy new assistant in the office is one distraction he doesn’t need.

But once Sean admits he’s fallen for Gigi, it takes an all-out blitz to convince the redhead they’re worth fighting for.

WORTH THE WAIT, last in the Greenville Girls series
Available for Kindle, iTunes, Kobo, and Nook.

In this short novella, high-school athletic director Al Matthews is as alpha as they come. But when his administrative assistant, widow Annie Marcum, confesses that she’s in love with him, quits and disappears, he’ll do anything to track her down and win back her heart. Even if it means letting down all his defenses. 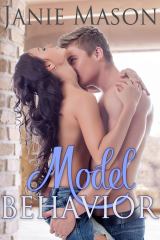 When Scott finds himself in need of some quick cash, Molly grabs the chance to delve into an after-hours relationship with him. She concocts a fictitious twin sister to hire him—for some nude modeling sessions.

Scott is immediately attracted to Molly’s “sister” Mary, who is physically identical but vastly different in style and temperament. Their sexual relationship quickly comes to a boil, but Scott soon realizes he’s missing something: Molly’s companionship.

In the throes of passion, the truth tends to come out of hiding. Confession is good for the soul, but when Scott discovers her deception, Molly stands to lose more than a sexual partner and her best friend. She could lose the only man she’s ever loved.

Zee, from Romance Junkies, said this about Model Behavior: “A very enjoyable read. The characters are bound to make you root for them, and the secrets waiting to burst out will keep you turning the pages.”